The Activist CEO in the USA: Asset or Liability?

Research by Anahit Mkrtchyan at Haskayne School of Business, with colleagues Jason Sandvik, and Vivi Z. Zhu, seeks to explain why CEOs take what many still consider to be unnecessary risks in speaking out on non-market issues. What is the impact on the value of the firm immediately and longer term? How do customers feel? And are CEOs’ careers impacted by activism?

Contrary to traditional views of business, this new contribution to the study of CEO activism seems to show, paradoxically, that commentary on non-market activities and opinion-making may in fact lead to an increase in market value.

The classic free market view, popularized by Milton Friedman, is that CEOs are fiduciary agents of owners with a duty to maximize shareholder value. Consequently, their public discourse should contain only facts and figures evidenced by the marketplace; anything else is detrimental to the firm. On this view, the misalignment hypothesis suggests that firms will be downgraded by the market for ‘stepping out of bounds.’

The contrary view, the alignment hypothesis, suggests that if CEOs’ statements match the values of employees, and society in general, their firms will benefit through the former’s higher productivity and the latter’s positive sentiment. The research suggests that CEO activism does blur the boundaries between societal change and markets forces, benefitting certain firms in some sectors.

Analyzing a novel dataset of news stories and tweets from 2010 to 2019, Mkrtchyan, Sandvik and Zhu tracked the social and political pronouncements of S&P 500 leaders as a percentage of all statements. The data reveal an upward trend from a negligible 0.3% in 2010 to a significant 33.5% in 2019; CEOs have a lot more to say that isn’t strictly business.

Throughout the study, Mkrtchyan et al were careful to avoid contamination of purely activist statements by existing CSR policies and actions, market-oriented announcements or corporate PR and investor relations.

Even controlling for embedded prosocial stances in certain states, and excluding the most high-profile individuals like as Tim Cook at Apple, S&P 500 firms saw an uplift in their market value on the heels of CEO activism. According to the research:

The positive effect of CEO activism is economically significant and translates into a $10–$18 million gain in shareholder value, based on the median market capitalization of $13.03 billion. Importantly, we do not observe that CEO activism events are followed by significant return reversals over the 10, 20, or 60 trading days following the event.

As well as market reaction, the research assessed the impact of CEO activism using Tobin’s Q (the ratio of market value of assets to asset replacement cost), controlling for the personal attributes of the CEO; the effect on firm valuation was still positive.

The firms that stood to benefit most were in highly competitive markets where human capital was highly influential — and where shareholders already showed prosocial preferences.

The evidence suggested that there is a clear, positive relationship between CEO activism and higher valuation of the firm they lead. The next question for the researchers was how such public statements come to have a dollar value — do they make the company more competitive or more attractive to consumers?

Perhaps surprisingly, given that ‘84% of consumers expect CEOs to be involved in conversations and policy debates on social issues’ (Sorkin 2018), CEO activism appears to have negligible effects on consumer behaviour. There is a lag in sales performance which seems to reinforce the hypothesis that CEO activism stimulates employee performance.

Last but not least, activism seems to have benefits for CEOs themselves. The researchers found that activist CEOs had greater job security and an enhanced path to future directorships. There’s good reason to believe that CEO activism will be an enduring phenomenon because, as this new research sets out, the empirical findings suggest that it is ‘good for business.’ 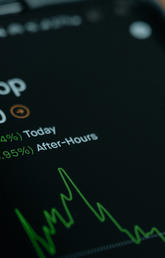 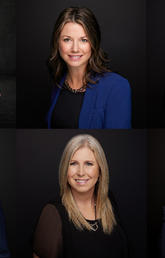 Women in Leadership: Developing your potential