How family firms balance the imperatives of profit and power

Nepotism has a poor reputation, stretching back to papal corruption in the mid-17th century. The term suggests dysfunctional organizations where relatives are promoted into power regardless of experience or competence; the implication being that such badly run enterprises will quickly fail. Even so, varieties of benign nepotism are integral to the capitalist system with a majority of US publicly traded corporations owned and managed by families, and family members on boards of 1 in 5 of the S&P 500. Nepotism has prevailed successfully for many generations at Walmart, Samsung and Ford. How do families square fears of financial failure with a desire for dynastic control?

Between 2004 and 2009, 155 business group-affiliated companies studied by Jeong, Kim & Kim showed that nepotism was not an instinctual or culturally determined activity. On the contrary, family leaders were intentional in placing family members on boards of firms where reputational and financial damage would be minimal, hence the term strategic nepotism. Proactive and long-term planning groomed family members to hold power, perhaps even as CEOs, by providing them with access to managerial mentorship in stable, high-performing firms.

In fact, it appears that strategic nepotism is a sign of maturity in dynasties, as later generation families seek to consolidate what more risk-tolerant early generations have built.

The research team sees strategic nepotism as a mixed gamble, meaning that controlling families are not blind to the financial downside. Instead, they strike a delicate balance between socioemotional wealth and financial wealth, reducing business risk while investing in the future of individual relatives by providing valuable experience, skills and networks.

The research team calls the latter imperative resource-building nepotism which has three characteristics. In this scenario, the family member is placed in a high-performance firm where mistakes can be made with low risk. The firm is likely to be reputable, burnishing the reputation of the individual and, by association, the family. Finally, the firm is likely central to the control of the larger group of family businesses, shoring up social relationships which will be vital in the long term to maintaining influence over non-family managers.

On the other side of the ledger, family leadership practices stigma-avoiding nepotism. In this scenario, family appointees avoid risky situations where crises might emerge. This is especially important given the cultural association of nepotism with managerial incompetence. Family leadership is also very careful to calibrate the number of family members on boards so that nepotism is kept ‘under the radar’, preserving the appearance of economic rationalism.

The survival of family firms is far from guaranteed — and nepotism is a response to the risk. Several analyses point to ‘less than 30% of family firms lasting into the third generation’ (Fernandez-Araoz et al., 2015; Stalk & Foley, 2012; Villalonga & Amit, 2006). The phenomenon of intergenerational deterioration is often observed where business-oriented competence or interest diminishes over time. Family leadership is likely to be more motivated to counteract this drift in later generations.

Jeong, Kim & Kim found that their hypotheses were borne out by the data. Family members were statistically more likely to be appointed to stable, reputable, high-performing boards and statistically less likely to find themselves in risky C-suites. And these scenarios played out more frequently in later generation dynasties.

The research is certainly significant in the South Korean context, since the sample firms accounted for 51% of the nation’s market capitalization in 2007. Though the chaebol system has particular cultural resonance, similar structures exist in other countries: the Wallenbergs in Sweden own 40% of their national stock market, and the Tata family owns 24 publicly quoted companies in India.

Given the broad reach of family control worldwide, Jeong, Kim & Kim offer an alternative view of nepotism, and its potential upside. Their research points to a more nuanced view of board appointment motivations than simplistic economic determinism or CEO domination.

Strategic Nepotism in Family Director Appointments: Evidence from Family Business Groups in South Korea can be read in full at Academy of Management Journal, Vol. 65, No. 2 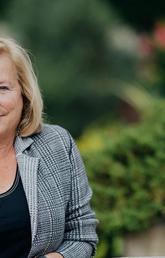 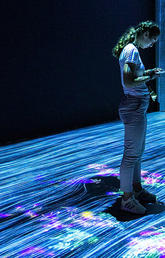