Constant, early intervention should be a leadership priority

What can research tell us about what leads to serious conflict at work? What can leadership do to defuse the wildfire of escalation?

In a recent paper, researchers Zhanna Lyubykh and Nick Turner at Haskayne School of Business, Kathryne E. Dupré at Carleton, and Julian Barling at Queen’s looked at how an employee's response to abusive supervision could escalate over time from an initial spark.

"We wanted to know how employees who retaliate to abusive supervisors behave over time. Do they forget and move on, or do they store and stoke up anger?” Nick Turner

Low-level hostility has potential to grow

Clearly, abusive supervision at work can have negative effects. Yet perhaps because events are infrequent, leadership can overlook conflicts as a clash of personalities or folks ‘having a bad day.’ Such hands-off approaches to hostile encounters can lead to unintended consequences.

Research suggests that there are two categories of retaliation: in-kind and intensified. Though on the surface in-kind retaliation may not appear to be an urgent management issue, it’s key to preventing an upward spiral in aggression.

In-kind retaliation takes many forms but tends to be of the ‘eye for an eye’ or tit-for-tat variety. Typically, non-physical acts of aggression such as yelling or being rude are directed at the abusive supervisor.

Research has shown that less severe forms of employee retaliation may, very often, trigger an upward spiral of hostility. In these cases, an aggrieved employee pursues ever more severe acts of aggression to reciprocate ongoing negativity from their supervisor. In time, employee retaliation can escalate into intensified retaliation, involving threats of violence and physical acts of aggression, such as shoving or elbowing their supervisor; the initial spark is fanned by the response of the supervisor until the reaction may seem out of proportion.

To understand the time-sensitive nature of workplace aggression, the Lyubykh, Turner, Dupré and Barling study examined whether organizational intolerance of aggression (in the form of respectful workplace policies, for example) might form a buffer between abusive leaders and employee retaliation — and when that intervention should take place.

Data were collected three times in three months for approximately 300 employees. Findings showed that employees who experienced any abusive leadership had a higher likelihood of engaging in supervisor-directed aggression three months later and violence six months later. In other words, the retaliation was cumulative and didn’t fade without intervention.

These findings suggest that the proverbial ‘eye for an eye’ view of workplace conflict is incomplete; the initial sparks of conflict grow larger with each perceived abusive episode. Over time, the aggrieved employee’s rage is growing out of control while supervisors — and the organization’s collective leadership — only see isolated sparks.

Leaders should intervene when they see ‘sparks’

From an organizational perspective, Lyubykh et al. found that intolerance of aggression company-wide helped to neutralize both forms of employee retaliation.

The data showed that when employees perceive their organization to be highly intolerant of abusive treatment, employees are less likely to engage in aggression and violence towards supervisors. The reverse is true: hands-off, laissez-faire leadership leads to a perception that abuse will be tolerated — and so employees take their fate into their own hands.

Leadership clearly has a role to play in fostering a climate where interpersonal aggression is not tolerated. Communication needs to be clear and consistent, and putting respectful workplace policies in place adds credibility to the message.  More importantly, leaders are role models, stressing the importance of modeling the behaviours they want to see in supervisors and employees. Furthermore, prevention measures might include appropriate leadership training to minimize the occurrence of abusive leadership in the first place [Gonzalez-Morales (2016)].

But what this research tells every organization is that quelling even the smallest spark as soon as it appears is essential in preventing the big conflagrations that can be so damaging in the workplace. 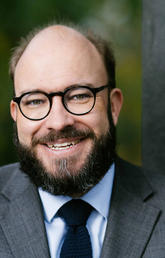 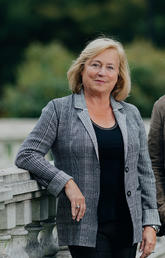