Central banks around the globe are taking a close look at crypto currencies as they ponder the future of money in an increasingly digital world.

Crypto currencies — from Bitcoin or Ethereum to Facebook’s plans to launch a digital currency — have attracted attention because of the possibility of direct payment across the world without using intermediaries. However, cryptocurrencies are risky as their values fluctuate daily. They are also not bound by banking rules and regulations, so attract illegal and black market activities.

Central banks around the world, including the Bank of Canada, are now studying the technical, practical and business implications of launching their own Central Bank Digital Currency (CBDC), which could offer some of the benefits of cryptocurrencies with less risk to its users. And while there has been no decision about issuing a centralized Canadian digital currency, the Bank of Canada is getting ready should Canada one day decide it needs one.

Last year, the Bank of Canada invited more than 20 top North American universities to participate in a new research competition called Model X, which challenged leading experts to propose a design for a Canadian CBDC. Teams from across North America responded with initial drafts of how a central bank digital currency could potentially work.

Today, the Bank of Canada announced the three teams who were selected to complete their proposals and share those proposals for public review. The teams are from the University of Calgary, McGill University and University of Toronto/York University, and all received project fees to fund their work.

"We have been researching and experimenting with different technologies and recently engaged several universities to develop proposals for what a digital currency ecosystem could look like," said Bank of Canada Deputy Governor Timothy Lane Feb. 10 in a speech about payments innovation. "This blue-sky thinking will help inform our research going forward."

“This research shows the power of working together to explore the transformative ideas that will shape society in the future,” says Dr. William Ghali, vice-president (research) at UCalgary. “By combining our expertise in data security and privacy with our thought leadership in financial technology, our researchers are demonstrating outstanding leadership.”

Transdisciplinary scholarship is one of the pillars of UCalgary’s Growth through Focus strategy, harnessing the power of working collaboratively to create new knowledge. Exploring digital worlds is one of four areas that drive UCalgary’s interest and investment.

“It is rare to find the range of security and privacy expertise including cryptography, system design, and distributed ledgers and blockchain technologies that is required for this project in one group,” says Safavi-Naini, who holds an NSERC/Telus Industrial Research Chair in Information Security and the AITF Chair in Information Security. “Working together with business colleagues in Calgary, a centre that is known for innovation and leadership in finance, there is the potential to contribute to building something bigger in fintech.”

Designed to protect the values of Canadian monetary system

Five main design goals were outlined by the Bank of Canada: security and anonymity, inclusivity with access even for areas not well-serviced by banks or internet, robustness and resistance to failure, compliance with Canadian laws and obligations, and scalability to potentially handle a large number of transactions daily and payments from small to large.

“A CBDC is not just another way to pay for items. It will reshape the way Canadians interact with the economy,” says Lehar, who holds a Limited Term Professorship from the Canadian Securities Institute Research Foundation to support his research in the areas of blockchain and crypto currency. “From banking to merchants to customers, there will be implications across the financial system. Without thinking through the business case, it could be easy to build a white elephant — a system that no one wants to use.”

Many other central banks around the world are exploring the idea of a central bank digital currency. China completed a trial of a digital yuan in September 2020, and it is expected that other countries will implement a digital currency in the next few years. The requirements of the Bank of Canada are unique with a focus on the sometimes-competing values of privacy, accessibility and prevention of money-laundering.

“The Bank of Canada had ambitious and detailed design goals that required a team to have both the business acumen and digital privacy and security expertise to understand the implications of a CBDC, and know what is and is not possible and why that’s the case,” says Henry. “And our biggest strength as a UCalgary team is that we have both areas of expertise, and that’s why I believe we were one of the three universities chosen to tackle this pressing and timely question.”

Build in incentives for adoption

Building in the ability to execute smart contracts was one of the key recommendations of the UCalgary team. Think of a cryptocurrency with a smart contract as programmable money. Items can be paid on delivery automatically, changing the way we deal with accounts receivable and payables. Complex business transactions with a number of parties, such as real estate transactions, can be pre-programmed with everyone having access to the computation. This programmable money can create efficiencies for consumers, banks and merchants.

With options built in to meet a broad range of financial needs — from a micropayment to multi-million dollar transactions — the UCalgary research team believes that a well-designed CBDC will help Canada to transition to a “smart economy.” 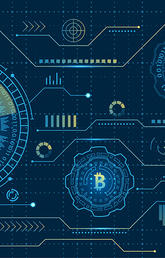 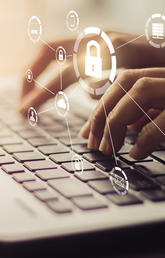 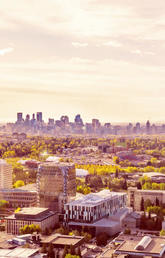 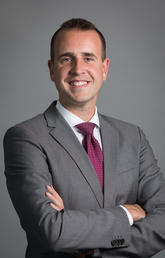